What is legal due diligence?

Are you facing a serious takeover? Are you thinking about how to reduce your costs and save as much money as possible during the procedure? Would you like to prevent and avoid all of the unexpected risks they can emerge relating a takeover? A detailed, carefully conducted due diligence investigation is the solution you need.

What are the most important things you need to know about the process?

Before an important company takeover, a due diligence investigation is inevitable in order to gain a reliable review of the company’s real financial, legal, etc. situation. In a high-quality transaction, such as Mergers & Acquisitions, there are a large number of risks about everyone would like to know a before entering in it. A carefully conducted due diligence investigation not only allows the detection of vulnerabilities, but it allows to recognize the benefits of the object of the contract as well, which can reduce the risk of the buyer. In addition, the Parties may strengthen their positions during the negotiations through the so called due diligence report issued at the end of the process.

Areas of due diligence investigation

Due diligence reviews can be carried out in different investigation areas such as Finance, Tax, Market and Competition Law, Human Resources, or Environment and Sustainability. A legal due diligence examines legal aspects of a merger of companies, including details of the structure of ownership and properties, as well as contracts between the company and the suppliers and personal. Examination of contracts with employees is particularly important, because from this it is foreseeable, under what conditions is their continued employment possible, or what the conditions of a termination are. Compliance with labour law, as well as tax obligations has also a fundamental importance, especially because all of the unpaid costs by the target company must be paid by the buyer.

Interests of a Merger and Acquisition transaction acquire, the most risks to avoid. This includes the investigation of the affiliation of assets. Whether the object of the contract truly part of the target company is, or are they only leased or rented, whether these contracts can be terminated, how long the term of the existing contracts is, what are the fundamental aspects arising during a legal due diligence investigation be evaluated. Designated target is to uncover all the hidden, relevant risks before the contract is concluded.

Not only the external, but the internal situation of a company is examined in the context of a due diligence investigation. Decisions of the Shareholders’ and Supervisory Boards, as well as the situation of the shareholders, decision about the increase of initial capital and other capital measures are also examined. Whether pending proceedings before the court are proceeding against the subsidiary companies of the company, or the target company has previously violated applicable law, or legal proceedings are directly against the company or against the subsidiaries are pending, or there is a high risk of cartel collusion or corruption proceedings in foreign branches, or in subsidiary companies, can only find a legal due diligence investigation. In order to identify all the potential risks, the review is mostly done by a team formed of different experts and is organized as a project and coordinated by a project manager.

As the information is usually provided by the sellers or by the owners of the company, first of all their truth and reliability should be checked.

Apart from the above mentioned, a request of the competent Land Registry for inspection of files is also necessary in order to obtain the relevant information about the property.

Do you have some more questions regarding the procedure? We are very happy to help you, contact us! 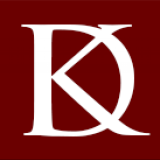