Although e-sport is a relatively new phenomenon it already has a significant marketplace with a view to growing economic potential with the related revenues increasing year-on-year.

What does e-sport mean? At present e-sport has no organic definition accepted by all. Referring to the brit e-sport association’s (British Esports Association, hereinafter ’BEA’) definition, e-sport or electronical sport is a name for all competitive videogames where the players (at least two, or more) compete against each other online or at traditional competitive events, usually for a reward. The definition on Wikipedia invoked by the International e-Sports Federation (’IESF’) is very similar to the definition by BEA except for one additional conceptual element: organised competition.

While e-sport is a global phenomenon, regulation is local, so legal issues are governed by national legislation. For example, under what circumstances and to what extent can we consider e-sport as sport? Where is the dividing line between gambling and e-sport?

Under the Hungarian legislation, e- sport corresponds on substance to Sport law Article (2) 1§ of Law No I. of  2004. : „Sport is an activity governed by a set of rules, played in one’s leisure time in individual or organized form, or as a competitive physical excercise or competitive mind sport aiming to develop and maintain physical and mental fitness.

In this respect e-sport presents similarities with e. g. chess. (strategy, response time can play a decisive role in payoff or defeat). Only the conjunctivetive condition of developing and maintaining physical fitness may be in question here but the usual responce from the trade to this question is that sitting infront of the computer for hours concentrating requires the same endurance.

As defined in The Gaming Act (1991. XXXIV. law) 1§ Article (1) „An activity is considered gaming (or gambling) when the player becomes entitled to receive a money prize or other goods following the occurence of certain cirumstances and conditions after placing a bet by money payment or by providing other goods. Winning or losing is entirely, or mostly depending on chance”

The definition of betting according to Law 28/A is also worth mentioning here: „Betting is the action of gambling money or other goods on the future outcome of an unpredictable event.”

In our opinion contrary to the definition of gaming (gambling) above, winning or losing in e-sport is primarily determined not by chance, but by the player’s skill, ability, reaction time and experience –just like in traditional sports. This is supported by . 1839/2017. (XI. 10.) Korm. határozat.(On the sponsorship of Hungarian E-sport by government), where recognition of E-sport as a certain type of sport and also the establishing of a professional basis for the organization of E-sport tournaments is mentioned as a government program. We must streess however, that those types of activities, where the elements of betting come into play, e.g. operating websites for betting on E-sport events shall be regulated by The Gaming Act.

We want to mention another possible aspect of making a distinction from gambling. There is a number of E-sport games, where the player can get certain items or receive some sort of advantage in the game upon making a set payment. However the actual value of the item is not known to the player until making the payment. It is possible that the player shall receive an item far more valuable, than the payment itself. For example such elements are the so called „loot boxes” in the game. There is a number of European countries where the use of such elements in the game is considered gambling and where this practice without a licence is against the law.

Let’s take a look at a couple of examples from abroad. According to the French regulation only those E-sport competitive events are not considered gambling, where the competitors are physically present, in person. However most online competitions are still illegal if they require payment above the regular game licence fee (e.g. payment of an entry fee) Moreover, French regulation forbids betting on E-sport events.

The British Gambling Commission deals with the issue of E-sport and it’s distinction from gambling in a 2017 report. This survey points out that 8,5% of all online gamblers already gambled at some sort of E-sport event. They say there is a real risk in sport betting becoming increasingly popular with the younger generation affected by E-sport (being players or spectators) since E-sport is most popular with the age group under 35 years of age.

Finding answers to the legal questions discussed above will likely have to wait till the years ahead since we are still seeing an organic evolution in this field (with continuously shaping national regulation) which evolution is not showing signs of slowing down thanks to the stimulation from economic growth behind it. 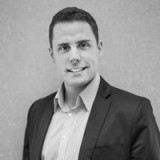